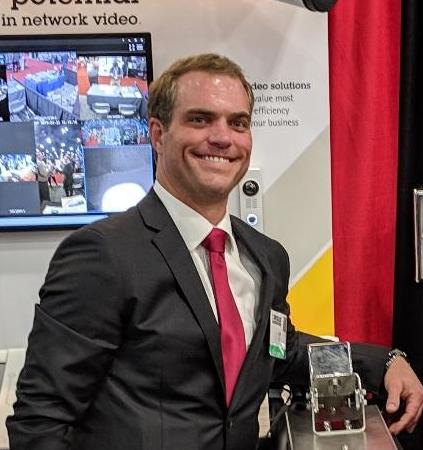 From my 15 years’ experience designing, installing, and supporting hazardous area communication and camera systems I have pretty strong opinions on how to properly design these systems.

My clients were always offshore drilling companies which offered a whole slew of extra hurdles such as:

-Contractual requirements- Cameras are part of their contract with the oil company. A failed camera (or system) could cost a portion of their day rate and possibly loss of contract. This could be tens of thousands of dollars per day my client loses.

-Logistical nightmare- You better get it right the first time. With upwards of 6 months to get a system to offshore Brazil, it was crucial to have tested everything, and thought of everything. I always told my guys “build it like it’s going to Mars” because it was similar travel time to Mars as it was to offshore Brazil.

-Installation complications- Typically rigs are working when they are upgrading the camera systems. Narrow windows of time are allotted at any hour of the day/night when drilling operations pause briefly allowing for installation.

From this experience I developed a set of rules to help me design a robust, long lasting system providing reliability to the client at lower overall cost.

No Analog Cameras- 10 to 15 years ago I didn’t have a choice. There were no explosion proof IP cameras available. Analog was the only choice. Clients also demanded analog because the perception was “IP Cameras had delay.” Cameras were used primarily for drilling operations, delay was unacceptable and unsafe. Analog installations were very expensive. The rule of thumb was if the equipment cost was $150,000 the installation cost would be $150,000. This was due to the cable runs and the “home runs” required. I thought to myself, there must be a better way. I then set my sights on the security industry where I found more technologically advanced solutions offered and readily available…but not explosion proof. 10+ years ago, my very first IP camera was made by Axis Communications. I had no idea who they were. I had no idea they created the first IP camera, dominated the market for IP encoders, or that they were the best of the best in this new developing technology of IP cameras. So, that was lucky… now let’s make it explosion proof. I bought a gaming laptop with a good graphics card, and loads of RAM (at the time). Then I proved to myself I could get real-time video with IP cameras. Then I proved to clients and started designing and testing IP Explosion proof camera systems. I immediately found savings in installation and cabling. The equipment cost went up a bit $170,000 but installation cost went down to $50,000 saving the client around $80,000.

No Fiber to Camera- With analog installations I had to use fiber direct to the camera. I did this because the drilling rigs often had a combination of dirty power, delta grounding, DC drives (which produced loads of EMI-Electromagnetic interference.) Traditional PTZ explosion proof cameras would go “crazy” pan and tilting erratically without receiving a command to do so. This was seen with “up the coax”, RS485 and RS422. This forced me to design systems with fiber direct to the camera. Almost immediately I saw a pattern developing from service calls of camera failures. The root cause of these failures were often the same: the fiber optic connector failed at the camera. This was due to the bend radius of the fiber optic cable in conjunction with the installation location of the explosion proof camera which always included vibration (derricks are like tuning forks).

OK…I admit….when I began designing my first explosion proof IP camera systems I used my traditional knowledge and ran 120/240VAC and Fiber to the camera. Then I thought… this isn’t right. I just added three failure points to each camera- 1. Power Supply 2. Fiber Connection and 3. Media Converter. All failure points at the worst possible location, inside the camera housing.  And where is the camera housing? In a location which is difficult to get to. There was one option for trouble shooting…go up to the camera and check.  To do this you need permits, operation pause, crane operators for man basket lift etc. Literally a team of 5 or more people minimum.

So, I decided to reduce the variables at the camera. Design a system with all known failure points on the ground in a junction box. I cringed when the first installation was deployed….Were these new IP cameras going to go “crazy” and move on their own with the EMI? The answer was luckily no. I began designing the systems with fiber rings to junction boxes and copper to cameras (Armored and sheathed LSZH Category 5e.) The fiber ring provided necessary redundancy, the trouble shooting was done on the ground, and the camera only had copper connections which did well with vibration over time.

No Traditional PTZ- So let’s get the elephant in the room addressed…Dome cameras can’t look up. So why are dome cameras so popular in the security industry?  You see more and more Dome cameras in airports, malls, government buildings, parking lots, gas stations, grocery stores, and casinos. You don’t see very many “traditional” PTZ cameras anymore, do you? Dome cameras are more Reliable (better MTBF), Faster (450°+ per second on preset),

Smarter (On board analytics), Easier to Install (major cost savings with POE), and Easier to Maintain. In fact, if you look closely at most “super major” camera companies, you will notice that the only models they don’t manufacture themselves are the traditional pan and tilt units (even weather proof).  Take all of the benefits above and multiply it times X 10 and you get the hazardous area version of benefits. Installation costs alone will get you thinking. Traditional PTZ units are stuck in the past. They still require 24VAC or 100-240VAC (failure point at camera *Transformer inside). They are Slow (40-60° per second), Heavy (upwards of 120lbs), and only as Smart as the camera inside. Offshore this also creates an issue because of API DROP Standard. How do you put a net on a traditional PTZ that has a slip-ring and can twist itself up into a bind? You have to set limits on the camera (removing functionality).  For Traditional PTZs you need electricians and technicians. Cost savings of reducing the need of a skilled trade (electrician) during installation will be seen with Dome. On land these savings are even more prevalent. Refinery worker utilization is typically 30% if you’re lucky. This means 70% of the time the installer(s) are waiting on permits, scaffolding, and other contractors etc. Reducing the weight, form factor, and need for multiple types of skilled labor quickly adds up. You don’t need 3-5 people to install a Dome. It doesn’t weigh 120lbs (*30lbs Aluminum and 60lbs 316L). You don’t need a crane with crew (3-person crew minimum). I’ve estimated with these savings you can purchase and install at least 2 to 3 explosion proof Dome cameras for the same cost of purchasing and installing ONE Traditional PTZ.

So Dome cameras can’t look up….You can install more Dome cameras and double or even triple the amount of visual coverage for the same overall cost.